My second attempt to swim a solo crossing of Tsugaru Strait in Japan was the most difficult swim of my career. Moments before the start of the swim, my crew of Pat Whitney, Yoko Aoshima and I placed our hands one on top of the other and I said, "Robbie and Johnny I am thinking of you. But today, this swim is dedicated to Sherri Kelley." We gave a rousing cheer for her.  My young neighbor is undergoing chemotherapy for her cancer.  She has inspired everyone with her courage, strength, and determination in fighting this illness.       My swim started at Tappi Point on the western peninsula on the island of Honshu.  I was being monitored and following the rules of the Tsugaru Strait Swimming Association. The Strait looked like a pond compared to the previous day of turbulent conditions.  Weather and predicted currents were favorable for a crossing. I soon discovered that looks can be deceiving...currents were against me. Within the first five minutes, I was stung by a jellyfish....it was painful but not excruciating. By the fifth hour of my swim, I was swimming hard and making progress to midway of the shipping lane. With only five miles to the finish and several hours of daylight remaining, I assumed that I would complete my swim before darkness.... I was wrong! I felt reassured that the Tsugaru Swimming Association president Mr.Haruyuki Ishii had contacted the Coast Guard to obtain permission to swim at night, if needed.  We got permission prior to my swim. I continued to count the number of times I got stung by jellyfish... I kept thinking of what Sherri was going through and a sting paled compared to chemotherapy.  The swift current pushed me off course significantly.  My main observer Isao Makabe kept a very close watch on my swim and I felt safe.  He timed my stroke rate and monitored my feedings. My boat pilot Kenji Kadowaki and co-pilot Youichi Kadowaki did an incredible job by staying at my side and steering me in the right direction.  My crew was trained to look for helpful currents, too,  but none was to be found. Yoko and Pat never took a break. They worked very, very hard by looking for good currents, preparing my feeds, showing signs, counting my strokes, giving encouragement, and making recommendations. During my feedings,  my crew surprised me with several photos of my young grandchildren attached to my water bottle.  It was very special!  As darkness approached, I knew that jellyfish stings would increase....suddenly I was startled by small two-inch fish that tried to bite my fingertips.  It didn't hurt...they didn't have any teeth.  But it was annoying to have about twenty of these little creatures attach themselves to my fingers and I had to flick my wrist to get them off.  The current was now getting a little weaker and I was on course to Hakodate.  I was looking forward to the finish. It seemed endless due to the 112 jellyfish stings. My official time was 19 hours and 36 minutes with a distance of 33 miles. Mr. Ishii confirmed that I set a new record for the oldest person to swim the Tsugaru Strait (age 61).  I owe this record to Sherri because she inspired me to never give up and take one moment at a time.  Sherri, thank you.
Posted by pat at 4:18 PM

Hi Patty: Just got home and read your new blog entry. Talk about a challenge!! So proud of you and glad you're back in home port.

With love and admiration,
Judi Hilton

Dear Pat
Welcome home to you and Yoko and Pat. It sounds as though you three women were quite a team!! We are so happy that you have broken another record with another successful swim. We are so anxious to hear every detail of your journey and your swim. We are so proud of you Pat and so happy for you.

Go Grandma! You can do it, if you try! 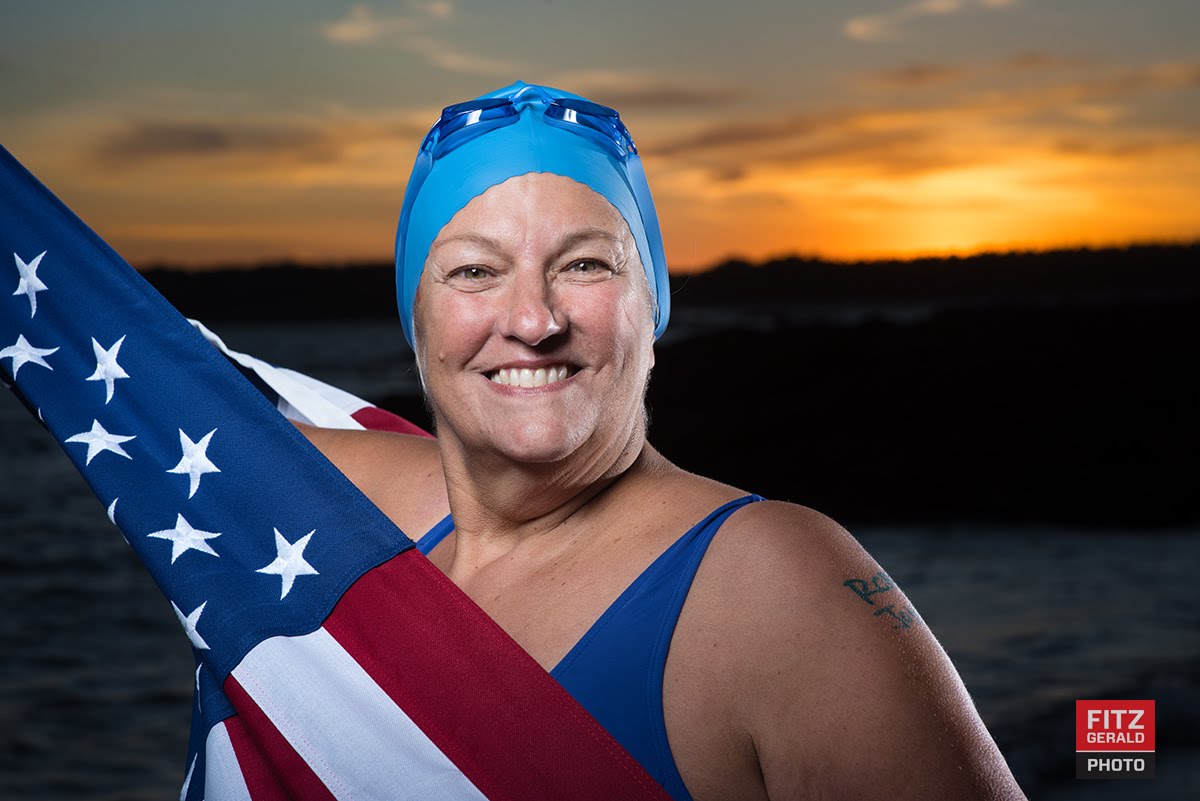 18, 372 Visitors from 114 countries from a former counter and the new Supercounter listed below:

Start of Strait of Gibraltar swim 2010